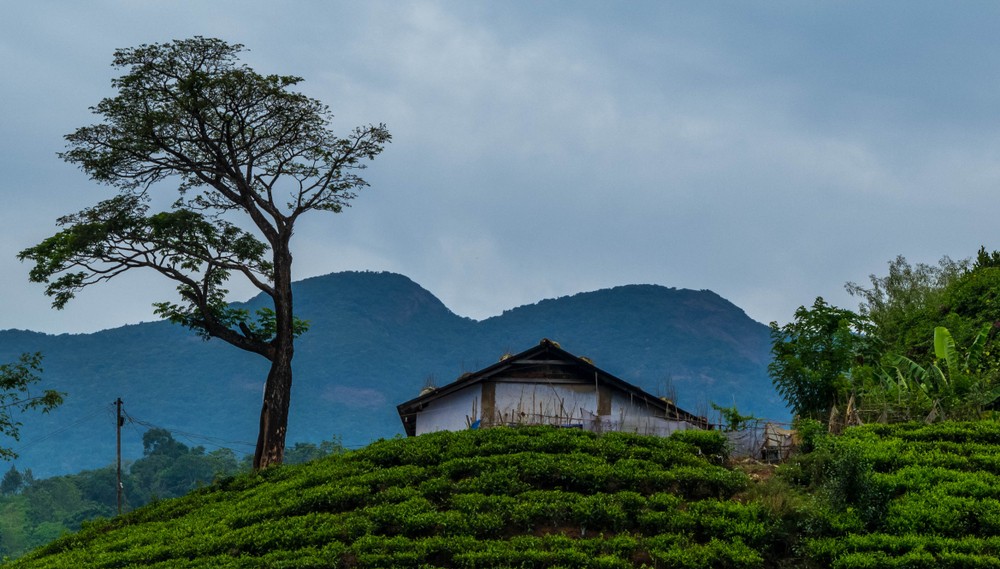 Wayanad is an exotic mix of all things touristy, from mountains, lakes, waterfalls, sanctuaries and viewpoints to ancient ruins, pilgrim centres, and tea plantations. Wayanad, a renowned tourist destination in Kerala, is a gorgeous green countryside with enough to see and do. However, there are many interesting and unknown facts about Wayanad that not a lot of people know of.

Let’s explore the 10 interesting and unknown facts about Wayanad:

Wayanad is known as Kerala's lush paradise. The name Wayanad was made by combining the terms 'Vayal' and 'Nadu.' Which translates to paddy field land. As the name implies, the enchanting beauty of paddy fields draws more visitors to this location.

Wayanad district covers around 2000 square kilometres and is located between 700 and 2100 metres above sea level. It is a lovely location where travellers can satisfy their trekking aspirations.

Wayanad and Its Neighbouring States

The lush paradise of Wayanad is tucked among the Western Ghats mountains, forming the greener part of Kerala's border world. This lush hill town, located 76 kilometres from Kozhikode's seashores, is brimming with plantations, forests, and wildlife. The Wayanad hills, which are connected to Mudumalai in Tamil Nadu and Bandipur in Karnataka, constitute a huge landmass where wild animals can roam freely in their natural habitat.

Wayanad, one of the most popular sites to visit near Kozhikode, is home to Kerala's largest Adivasi population. Local tribals dwell both in and around the sanctuary's woodland areas. Paniyas, Kurumas, Kattunaikkans, Adiyans, Ooralis, and Kurichiyas are some of the scheduled Adivasis who live in these woodlands. The Kerala Forest Department emphasises scientific conservation while taking into account the general way of life of the tribals and those who live in and around Wayanad, a prominent hill station near Bangalore. Inside the Muthanga Wildlife Sanctuary, 17 anti-poaching stations have been constructed to deter poachers from hunting in the wild for recreational or commercial purposes.

No Coastal Area or Railways

Even though Kerala's southern state has a lengthy coastline, Wayanad is located away from it. Kerala's coastline runs along its western border, with Wayanad on its eastern border.

Wayanad is also unique in that it is not connected to the rest of Kerala by train. Isn't it fascinating? Although Indian Railways operates one of the world's largest rail networks, Wayanad lacks a train network. The terrain is most likely a forest reserve area, which is intended for wildlife. The nearest railway station is 110 kilometres away at Kozhikode.

The Only Earth Dam in India

The Banasura Sagar Dam is located near Kalpetta, Wayanad, spanning the Karamanathodu River, which is a branch of the Kabini River. What you didn’t know among the interesting and unknown facts about Wayanad is that Banasura Sagar Dam is India's largest earth dam, as well as Asia's second-largest dam. The dam also houses India's first solar power plant. The dam is located in the Banasura Hills' foothills. The dam was named after 'Banasura,' the son of the mythical King Mahabali's great leader. These hills are also the Western Ghats' third largest mountain.

Wildlife sanctuaries surround Wayanad on three sides, including legends like Bandipur, Muthanga, and Nagarhole. These contiguous woods cover 11000 square kilometres and are home to a quarter of India's tigers, Asia's largest population of Asian elephants, and a plethora of indigenous flora and wildlife. Jeep safaris are available in Muthanga and Tholpetty, but sightings are few.

Since ancient times, Wayanad has been renowned for its spices. Wayanadan pepper (sometimes known as Wayanadan BOLT) is a highly aromatic and exceptionally hot pepper that is in high demand worldwide. Cardamom is another locally grown spice.

Wayanad is often referred to as Kerala's Ooty because of its pleasant climate and picturesque scenery. It is oftentimes better than Ooty in many aspects.

Pulpally in Wayanad is home to Kerala's only Luv Kush Temple. It is believed that Sita Devi used to live in the temple known as 'Sita Lava Kusha Temple.'

Additionally, sites such as Thirunelli Temple, Karinthandan Temple, Old Jain Temple, and many others are excellent examples of ancient architecture and religious beliefs. All of these interesting and unknown facts about Wayanad come together to form an incredible tapestry that will enhance both your photo album and your life album. 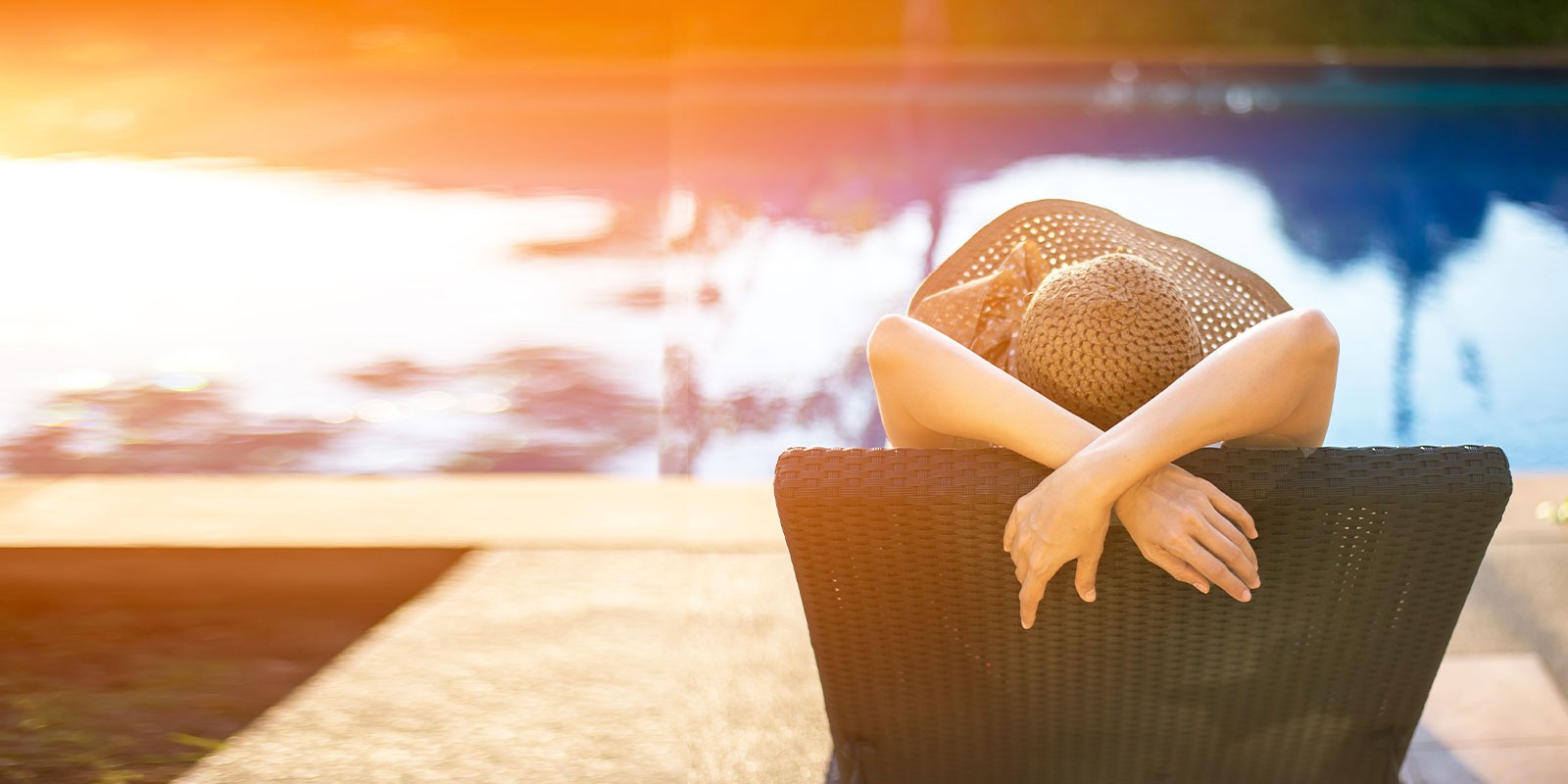 Places to Visit in Wayanad in 2 days

Benefits of Opting for Honeymoon Packages

Enjoy the Zipline in Wayanad 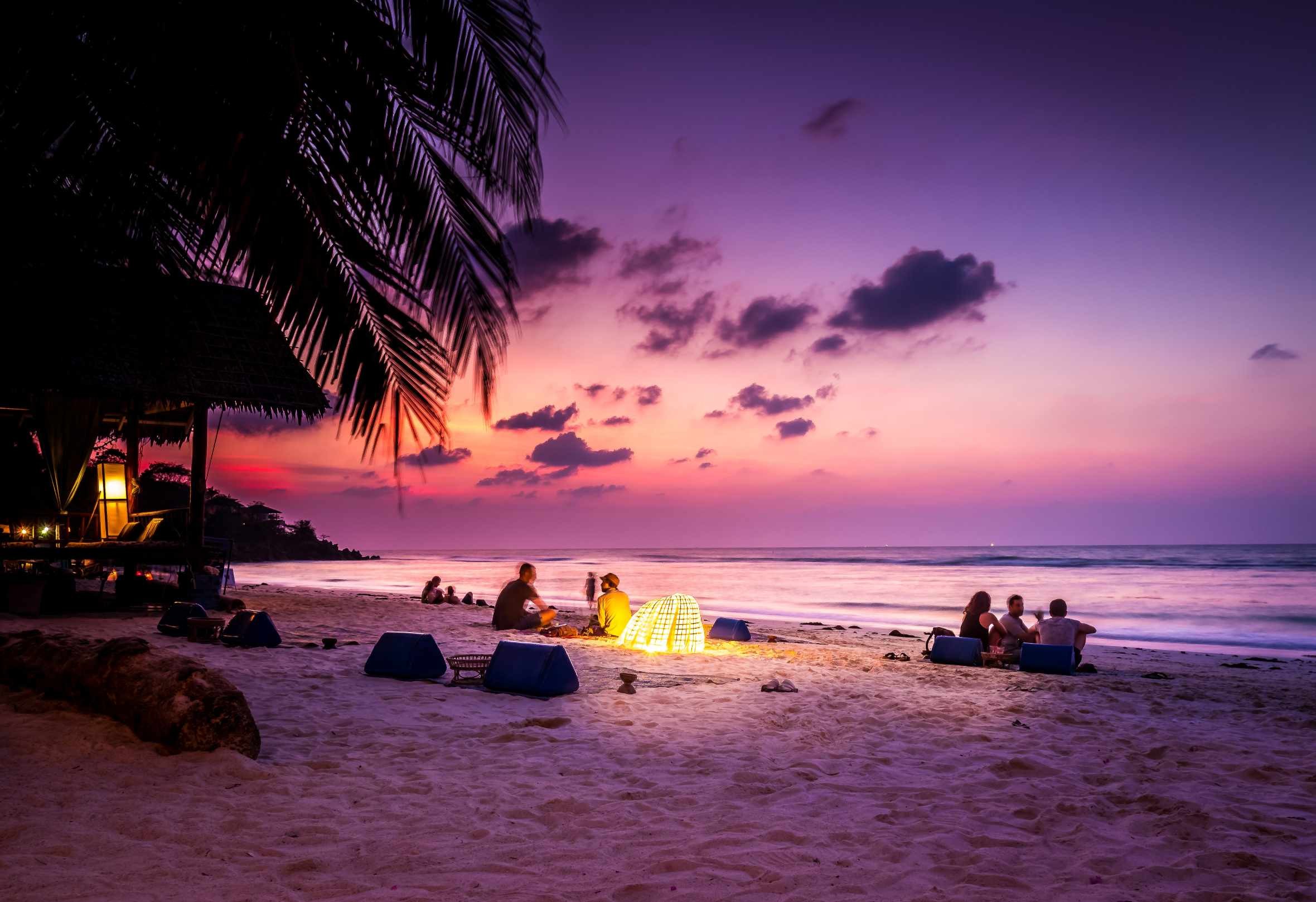 Holidays are the most cherished days we look forward to every year. While some of us are perfectly happy spending holidays relaxing at home and taking a break from work, some others see this as an opportunity to travel and explore as much as possible. Whatever be your cup of tea, you cannot deny the fact that holidays are the perfect time to unwind after grinding yourselves every day at work. 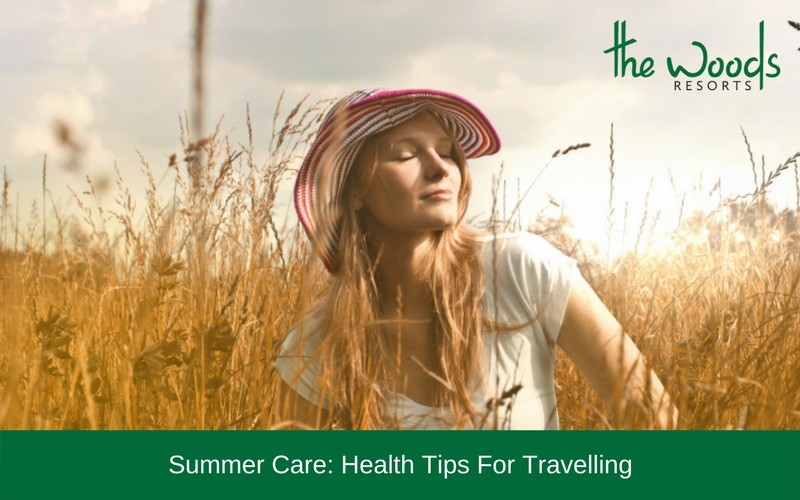 Summer vacations are round the corner. Whether you have already planned to go to the woods or the beach or a hotel this summer, travelling in high temperatures can be stressful if unprepared. 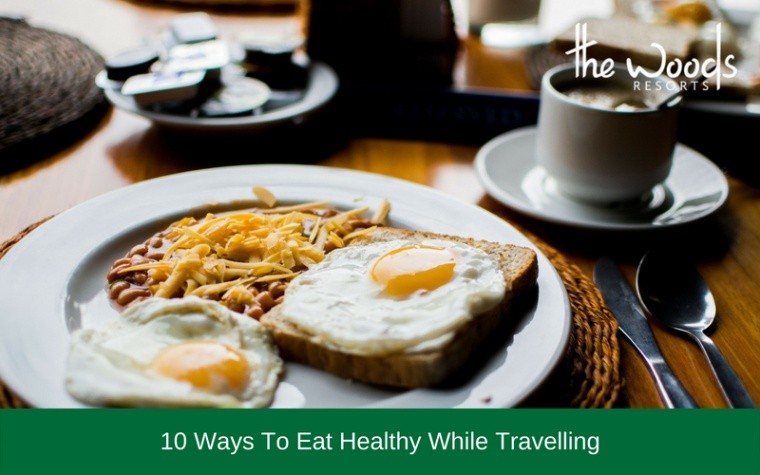 10 Ways To Eat Healthy While Travelling

Eating healthy while travelling can really be hard for one to balance. From lack of fresh water to eating at odd hours. Sometimes when travelling your body can decide to work against you hence you lose the appetite to eat. 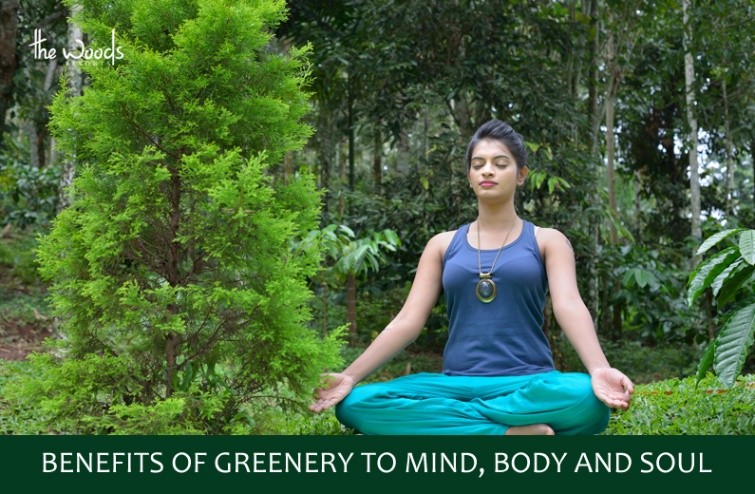 Benefits of Greenery to Mind, Body and Soul

Being in Kerala, we are blessed to see lush green all around us.Especially places like Wayanad are popular for semi-evergreen forests, thickly wooded hills and not to leave behind the beautiful bamboo groves along the roads. 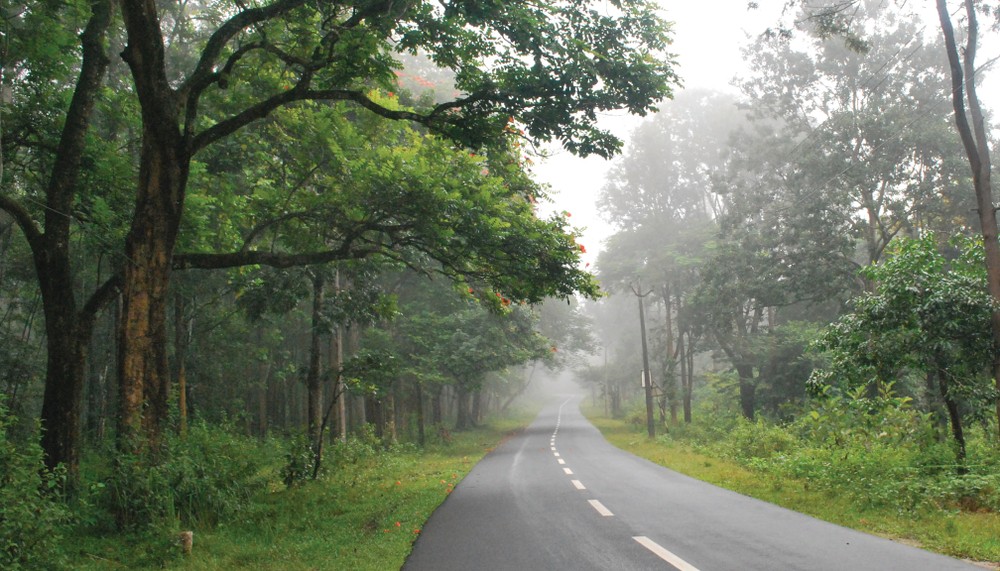 3 Routes for a Bangalore to Wayanad Road Trip

Wayanad, a district in Kerala's north-eastern region known for its natural life and zest ranches, with waterfalls, caverns, paddy fields, and ancient ruins. It is easily accessible from all nearby South-Indian states due to its location on the border of Tamil Nadu and Kerala, and many travellers use it as a weekend getaway from Bangalore. 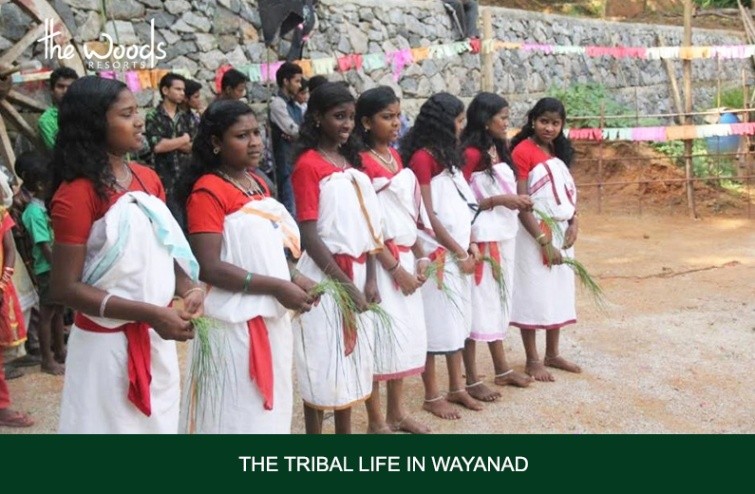 The Tribal Life of Wayanad

Wayanad is one of the most beautiful places in South India. When you are here, you not only get to enjoy the mesmerizing scenic nature but also get to know the tribal culture.